A story from the Costa Rica Landslide Awareness Project.

As the sun was about to set, Evelio Elizondo Araya went on a mission. His shoes sunk deep into the mud as he walked. He planned his steps carefully; his eyes were fixed on the ground that was still unstable. He found what he was looking for, nearly two kilometres down the hill from where she once had lived. He gently picked up a teddy bear, from the mud and strapped it to his backpack to carry back the precious parcel. 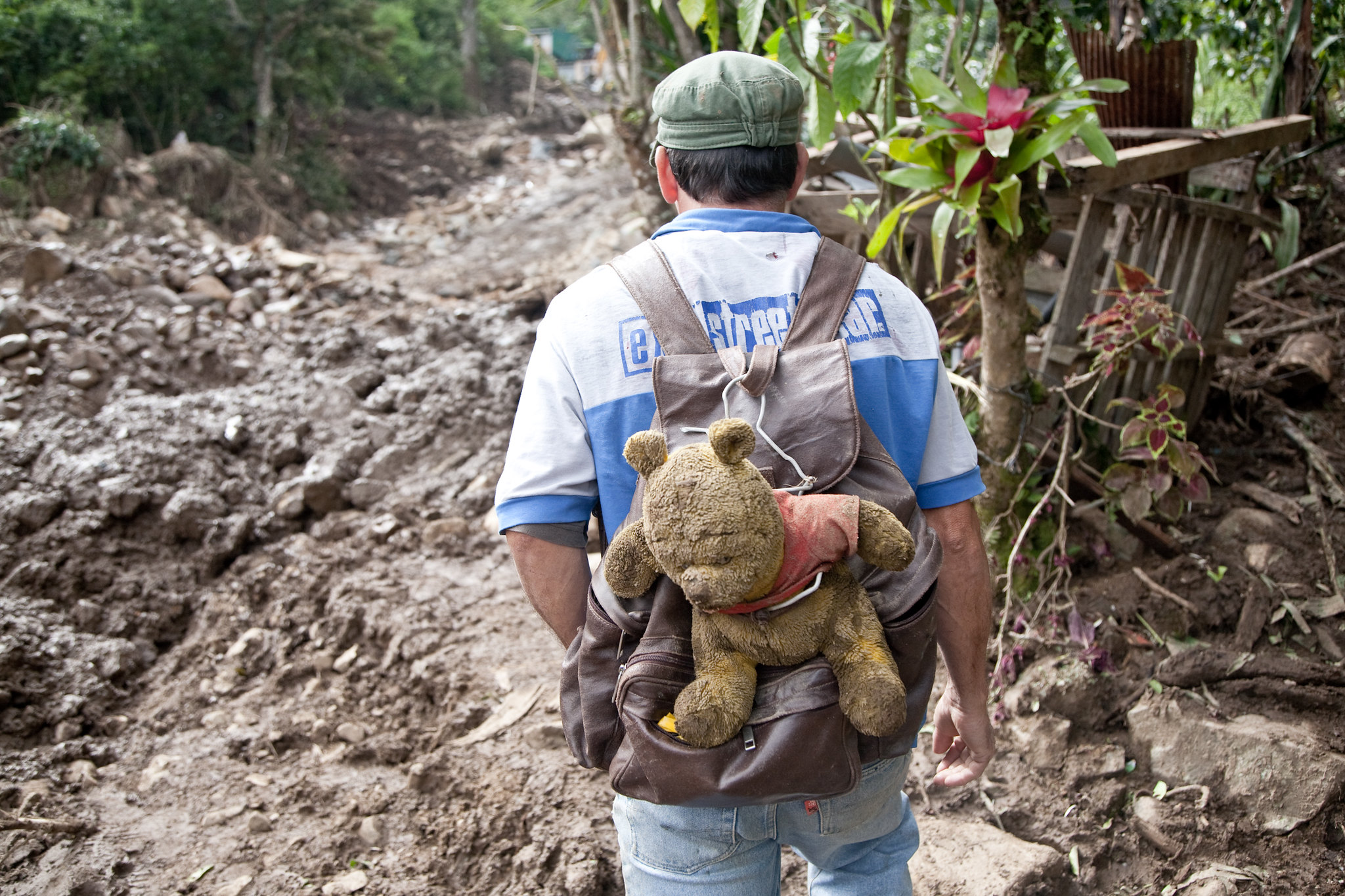 Evelio Alizondo Araya walking on the hillside of Pico Blanco after finding the teddy bear.

The teddy bear had belonged to a young woman who lived high up on the hill that is known to locals as Pico Blanco, located in Escazú near San Jose, Costa Rica. All that was left in the place where the house once stood were a few pieces of the tin roof. Everything else had been carried down the hill by the massive landslide, which caused a tragedy in the tranquil place by the river where the family had lived for generations. Evelio Elizondo Araya found it two kilometres down the hill from where the house once stood. 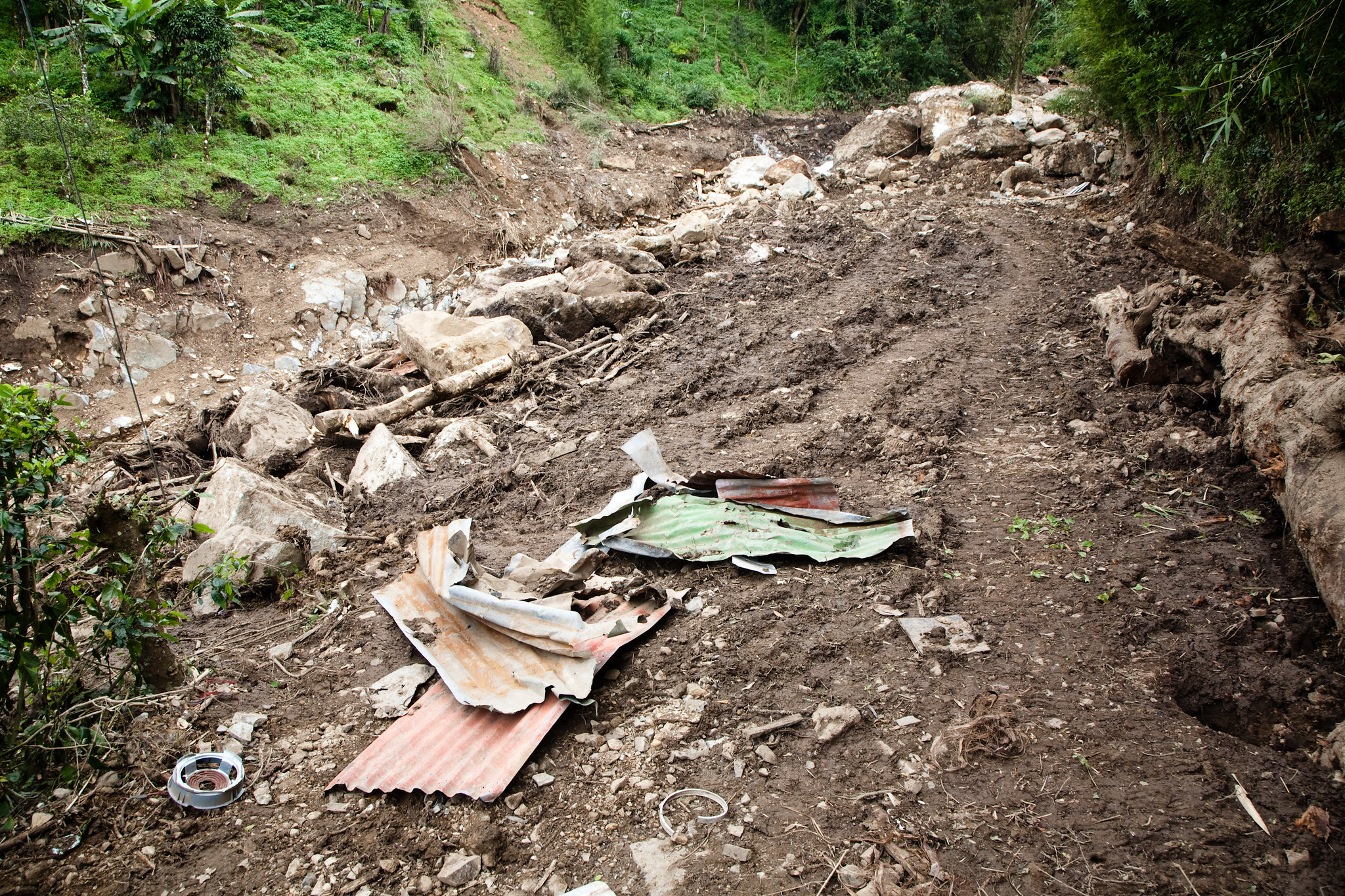 Only a few pieces of tin roof were left of the house where Ines lived her whole life.

Araya, a resident of San Rafael, located in Escazú, had been requested by Christopher Sanchez Matamoroz to look for the teddy bear. Christopher, a teenager of 16 years, had been the boyfriend of Ines, whose life came to an end in the landslide. He had given the Winnie-the-Pooh teddy bear to her for Christmas 2009 and was now hoping to have it back as a memory of their time together.

On Oct. 4, the night of the tragedy, Christopher went up to the house where Ines had lived only to find that the house had vanished. During the rescue operation in which he had participated, bodies of Ines’ parents were found, however, her body was still missing. After Christopher returned to his home, he discovered that all hope was lost when he turned on the TV at night. “I found out about her death through the TV news where they identified her body. I broke down and cried the whole night,“ said the 16 year old boy.

Inside and outside of school, the teenage couple spent a lot of time together. Since Christopher was two years younger than Ines, she helped him with his homework on a regular basis. In return, he would help her with the more technical subjects in which he excelled.

“I am so sorry for Christopher’s loss but I am glad I could return the teddy bear to him so that he has something to remember Ines by”, Araya says.

On the ninth day after the disaster, the last daily mass was held at Iglesia de El Carmen in San Antonio de Escazú, marking the end of the mourning period. Many neighbours and friends arrived to convey their solidarity towards their community. Before the service started Araya approached Christopher and hugged him affectionately. 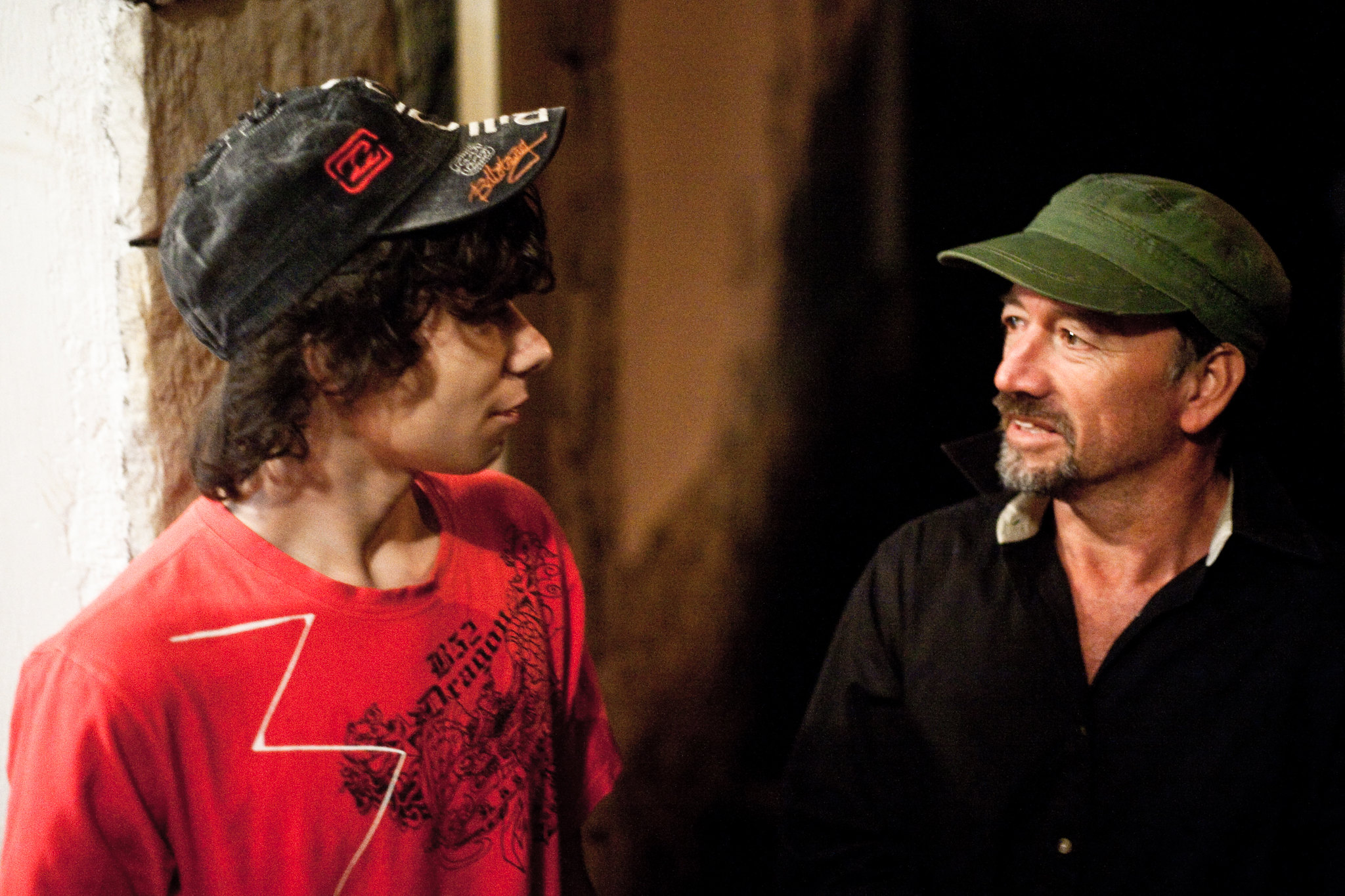 Even though this day marked the end of the official mourning period for the victims, the shock has made it hard for the reality of what happened to settle in. “Every night before going to bed I kiss her pictures and dream of her. I still cannot believe this tragedy happened. I know I am young and inexperienced but she was the love of my life,“ Christopher says.

Christopher and Ines would have been celebrating their two years anniversary in November. All that remains of her now is the teddy bear, photographs and some memories.