We are passionate about how technology can be used to affect change. 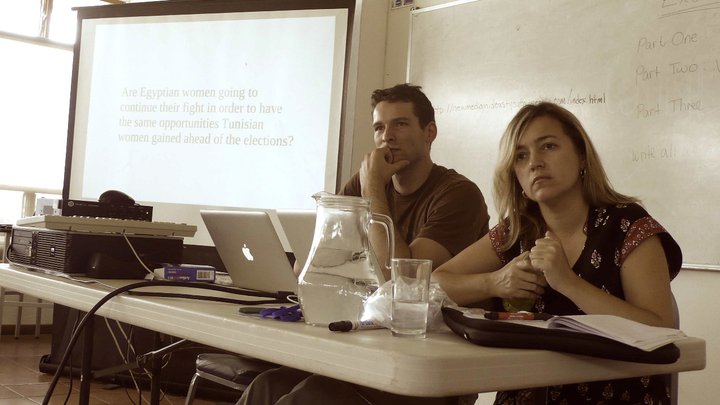 We use internet based and traditional media tools to affect social change. Through media productions and education we aim to create cultural bridges between different communities on a local and global level. We tell the stories of minorities, the persecuted and those affected by conflict. Our projects advocate for gender equality, freedom of expression, religious tolerance and a culture of peace.

We have an extensive image archive related to peace, conflict, travel, religion and culture.

Tatiana is a photographer, journalist, intercultural facilitator and co-founder of the Peace Media Co-Op. From many years covering stories worldwide, she is passionate about promoting and empowering local communities with social media.

Tatiana started at a young age as a war photographer and journalist in the Middle-East. She then carved out a career photographing people and cultures worldwide and supplying images for prestigious magazines such as Le Point, L’Express, Le Nouvel Observateur, L’Actualité, Elle, Newsweek and Time magazine. While founding the photo agency Megapress.ca, she also produced striking images for numerous corporations, advertising companies, educational institutions and governmental agencies. Her favorite subjects include the gentle and fascinating cultures of Guatemala, Mauritania, and Vietnam.

Aided by fluency in English, French, Russian and Arabic, she enjoys being immersed in the cultures and social causes off the beaten path. She recently created a multimedia project giving greater online visibility to women participating in the 2011 Egyptian uprising.

Tatiana currently works in communications in the public health sector and as a photo editor at Megapress.ca while continuing to freelance as a journalist and photographer. She is also a facilitator for intercultural dialogue with Soliya.

Tatiana holds a bachelor’s degree from the University of Montreal, specializing in International Cooperation and Journalism. She also holds an MA in Media, Peace and Conflict Studies from the UN-mandated University for Peace in Costa Rica.

Ingmar Zahorsky is an IT and media consultant as well as the co-founder of the Peace Media Co-Op.

While working as a media consultant, his reportage and film work allowed him to travel extensively through Latin America and Asia. During this time, Ingmar was publishing in numerous newspapers, on blogs and websites, including the San Francisco Chronicle, Global Press Institute, KQED, Freedomhouse and Global Voices.

As an IT consultant, Ingmar has created award-winning websites and interactive media for companies such as Yahoo, AMD and Cisco Systems. From 2011 to 2014, he served as a customer advocate at Zendesk and was part of the journey that saw the company grow from a small startup to over 1000 employees and a successful IPO in 2014. Ingmar currently works for the Berlin based analytics company ChartMogul as the VP of Customer Success.

Having graduated with honors from the Art Institute Institute of California – San Francisco, Ingmar holds a Bachelors degree in Media Arts and Animation. He further received an MA in Media, Peace & Conflicts Studies from the UN mandated University for Peace in Costa Rica. Fluent in English, German and Spanish, he is currently learning Japanese. Ingmar is passionate about helping others use web technology and media to promote social justice, peace and freedom.

Don't be shy get in touch!

If you are interested in working together, send us an inquiry and we will get back to you as soon as we can.